James is a co-founding partner of BCLG. His practice includes representation of corporations and other business entities in a variety of business transactions, such mergers and acquisitions, venture financings and other private offerings of equity and debt, formation of corporations and limited liability companies, project finance and various other general commercial transactions. James has significant experience representing and counseling energy, technology and clean-tech companies and serves as general counsel to many of his clients. James also has experience in real estate acquisitions and leases.


James received his BA from UCLA and his JD from Hastings College of Law.

Favorite pastimes include golf (except when it's not) and being the loud father at his daughter's youth soccer games.

James can be reached at jlee@bizlaw.com. 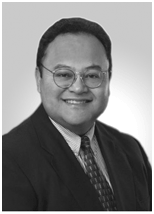 Tom has also started and sold companies and is an active angel investor. On the operating side, Tom participated at an operating level at several companies, including a venture fund, boutique investment bank, ISP (Geonet sold to Level3 in 1998), and a law firm (Britton Silberman Cervantez sold to Thelen Reid 2000). Tom is also active in the Silicon Valley angel investor community, having founded the Harvard Angels (alumni angel group for HBS NorCal and Harvard Club SF) and the Golden Gate Angels. With regard to his angel activities, Tom focuses on the Internet, computer, communications and networking sectors (sample early stage investments include Open Table (IPO 2009), Friendster (acquired 2010), Geonet (acquired by Level3), Specialty's Café & Bakery and others).

Tom can be reached at tcervantez@bizlaw.com.